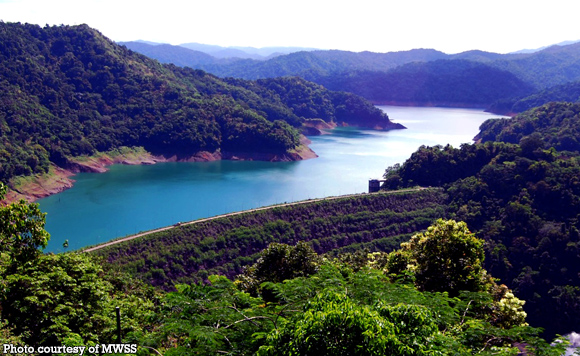 CITY OF MALOLOS, Bulacan — At least 9,085 hectares of irrigated rice lands in Bulacan will not be supplied with irrigation water this dry cropping season.

Felix Robles, chief of the water control and coordinating unit of Bustos Dam, said on Friday the current irrigation water allocation approved by the National Water Resources Board for Bulacan and some parts of Pampanga is only 20 cubic meters per second (cms).

At least 30 cms of irrigation water is needed to cover all the farmlands in these areas.

Robles said the NIA has two service zones in Bulacan and parts of Pampanga, the north and south that is being supplied with irrigation water coming from Angat Dam in Norzagaray and diverted to the Bustos Dam for distribution.

Currently, he said the 20cms supply is being used to irrigate 16,500 hectares of irrigated rice lands in the north zone areas and 5,100 hectares in the south zone areas.

Another 800 hectares are being supplied with water through irrigation pumps in the rice lands in the towns of Angat, Bustos and Pandi, for a total of 22,400 hectares.

“This leaves 9,085 hectares of irrigated rice lands without water for their rice crops this dry cropping season and also thousands of farmers without their main source of income,” Robles said.

Early this month, Governor Daniel Fernando appealed to the NWRB to increase the irrigation allocation for Bulacan farmlands due to the improving water condition in Angat Dam.

Last January 7, the NWRB allocated 20 cms, from the earlier 10 cms approved last December, for irrigation purposes from the water coming from Angat Dam due to the improved water level.

Based on the monitoring of the Provincial Disaster Risk Reduction Management Office (PDRRMO) of Bulacan as of 8 a.m. on Friday, Angat Dam’s water level was at 204.03 meters as against the 201.60 meters recorded at 5 p.m. last December 31.

However, the dam’s water elevation still several meters below its ideal end-of-the-year level of 212 meters.

Politiko would love to hear your views on this...
Spread the love
Tags: Angat dam, Bulacan, Bulacan farms, irrigation, National Irrigation Administration (NIA)
Disclaimer:
The comments posted on this site do not necessarily represent or reflect the views of management and owner of POLITICS.com.ph. We reserve the right to exclude comments that we deem to be inconsistent with our editorial standards.