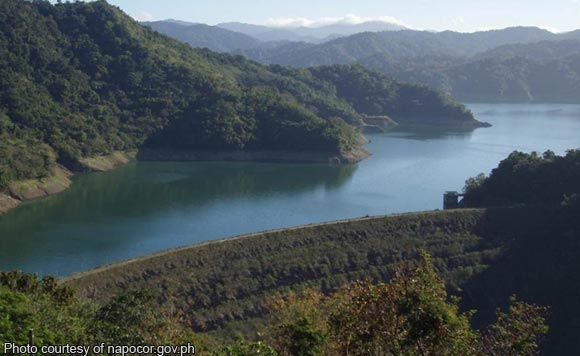 A part-list lawmaker has warned that the Angat Dam – the main source of Metro Manila water supply – will not be able to meet the needs of more than 15 million inhabitants by the year 2020.

“The impending water crisis has been repeatedly discussed over the years, and now the situation has become urgent and we are running out of time. Therefore, it is high time we make a new Water Supply Masterplan and identify alternative water sources,” AGBIAG Party-list Rep. Michelle Antonio urged her fellow lawmakers in her privilege speech.

In her speech delivered on Monday, Antonio pointed out that 97% of Metro Manila’s water supply comes from the Angat Dam, and highlighted the need for an alternative water source to be developed by the government.

The solon also said that the Angat Dam is nestled along the West Valley fault.

“The 50-year old Angat Dam is actually a ticking time bomb as it sits along the West Valley fault which experts say might move anytime and trigger a powerful magnitude 7.2 earthquake which we all know as ‘The Big One,’” Antonio added.

Prior to delivering her speech, Antonio played a video of her visit to the Angat Dam where she saw firsthand the low water levels of the dam even during the rainy season.

The video also quoted DOST Undersecretary and PHIVOLCS Chief Dr. Renato Solidum Jr. saying that the Metro Manila Earthquake Impact Reduction Study conducted by JICA, MMDA and PHIVOLCS in 2004 revealed that for a worst-case scenario in which the dam will collapse or be largely deformed, flooding in the downstream areas may lead to loss of life, and shortage of water supply.

Antonio said that she discussed with MWSS Administrator Reynaldo Velasco the plan to utilize the Laiban and Kaliwa Dam as alternative water sources.

However, Kaliwa Dam is yet to be finished by 2023 – three years after the projected water crisis in 2020 – while Laiban Dam is still facing legal, resettlement and environmental issues. Thus, support from the top level of the government is needed to expedite construction of these alternative water sources.

Despite President Rodrigo Duterte not making any pronouncements regarding the water crisis, Antonio sees the “Golden Age of Infrastructure” ushered in by his administration as an opportunity since the ongoing ambitious infrastructure projects may also be utilized to address one of the pressing concerns of country – the issue of water security.

Antonio urged Duterte to make water security a top priority, as this would make his legacy global, considering water is part of the biggest global challenge today.

At the end of her speech, she asked her fellow legislators to take steps towards finding alternative water resources and proper water resource management.

During interpellation, Antonino was asked about steps can be undertaken by Congress to address the issue.

Antonio recommended that the Congress to update the 40 year old Water Code, establish a strong lead agency on water management, create a proper regulatory water services framework, and develop a funding and financing strategy aimed at better leveraging public funds and at mobilizing private resources into the sector.

Politiko would love to hear your views on this...
Spread the love
Tags: AGBIAG Party-list, Angat dam, Metro Manila Earthquake Impact Reduction Study, Metro Manila water, PHIVOLCS Chief Dr. Renato Solidum Jr., president Rodrigo Duterte, Rep. Michelle Antonio, Water Supply Masterplan
Disclaimer:
The comments posted on this site do not necessarily represent or reflect the views of management and owner of POLITICS.com.ph. We reserve the right to exclude comments that we deem to be inconsistent with our editorial standards.