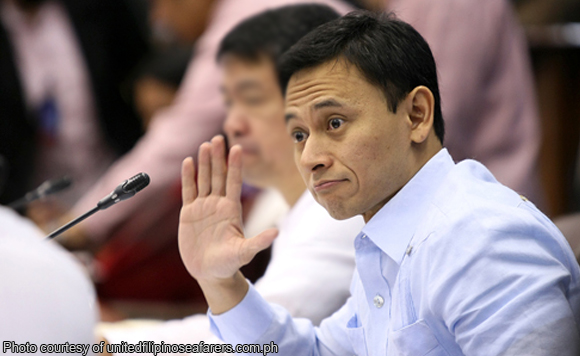 Senator Juan Edgardo Angara on Wednesday called on the government to pull out all stops in assuring the safety of Korean nationals in the country following the brutal killing of businessman Jee Ick Joo.

Angara, a former vice chair of the Senate committee on tourism, said the Departments of Tourism and Foreign Affairs”must do a “charm offensive” to keep the booming Korean tourism market in the Philippines, which has an estimated worth of P66 billion annually.

Based on government data, one in every four tourists who visit the Philippines is from Korea. Over 1.3 million Koreans arrived in the country from January to November 2016.

“Kaya naman, close to 30 cents for every tourism dollar we earn, are courtesy of Koreans,” he said. “This underscores the need to nurture that market. We must avoid frightening that market. Maraming trabaho ang nakasalalay.”

Concern over the safety of Koreans in the Philippines have risen following the news about the killing of Jee inside the Philippine National Police headquarters in Camp Crame in October last year. At least three police officers and a former cop have been tagged in the crime.

More than aggressively promoting the Philippines as a tourists destination to Koreans, Angara said the government must ensure the perpetrators behind Jee’s killing are brought to justice.

He said the administration must also show “grand gestures of assurance” for Koreans in addition to the apology that Malacanang has issued over the killing since they treat the Philippines as a favorite vacation place.

To retain and expand the Korean tourism market, Angara proposed, among others, the crafting of a Korean-specific tourism programs such as the holding of more roadshows; increase in advertising efforts; close coordination between local police and the Korean embassy officials; designation of Korean-speaking tourism officers in mall kiosks; and having a dedicated emergency hotline for Korean visitors.

Politiko would love to hear your views on this...
Post Views: 0
Spread the love
Tags: Angara urges admin to go on ’charm offensive’ to attract Koreans to PH after Jee slay, Camp Crame, Jee Ick Joo, Philippine National Police headquarters, Philippines as a favorite vacation place, Senate committee on tourism, Senator Juan Edgardo Angara
Disclaimer:
The comments posted on this site do not necessarily represent or reflect the views of management and owner of POLITICS.com.ph. We reserve the right to exclude comments that we deem to be inconsistent with our editorial standards.