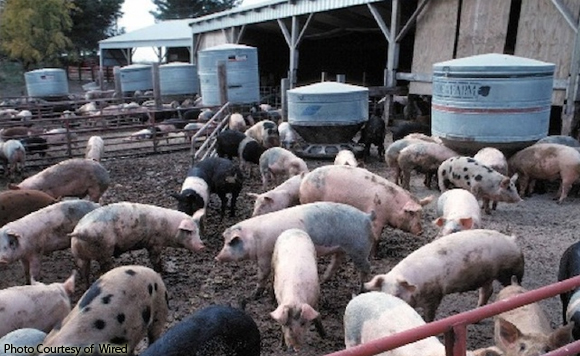 In an ABSCBN News report, graft, grave misconduct, conduct unbecoming a government employee, and conduct prejudicial to the best interest of the service were filed against Hizon and Lacson.

Seven Chinese nationals, who were arrested in the raid, allegedly used the pig farm as front for an underground shabu laboratory.

The hogs were temporarily placed under the local police’s custody, as these were going to be used as evidence.

A week after the raid, PDEA found out that all the hogs were sold for P7 million to Pampanga’s Best, through its representative Hizon.

The pigs were auctioned after Alfaro claimed that 120 pigs already died inside the farm. His letter to Mayor Lacson stated that there was lack of food for the hogs, and that the swineherds had already left.

PDEA questioned the municipal government’s move to sell the pigs.

There was also no effort from the municipal government to locate the owner of the farm, a step that should have been taken before the sale, PDEA