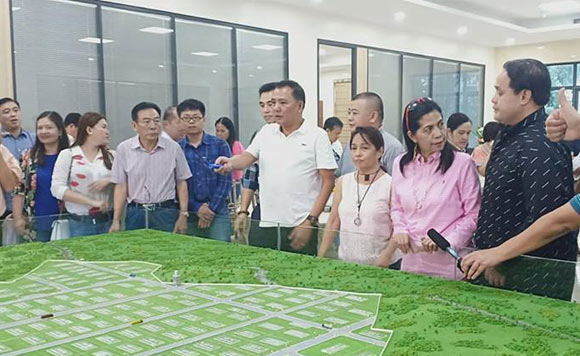 House Speaker Gloria Macapagal-Arroyo stressed that infrastructure and ease of doing business are more important to investors over fiscal incentives, a statement from the Lower House said Saturday.

The former president, who is currently Pampanga 2nd District’s Representative in Congress, made the remarks during a visit Friday at the San Simon Industrial Park in her home province.

A day earlier, she attended a forum on the proposed Corporate Income Tax and Incentives Reform Act at the Bataan Freeport Zone in Mariveles town, during which 15 of the biggest locators there expressed concerns over the bill which will reorient the current investment incentives system to avoid redundancy and unnecessary perks given out to select firms registered with the Board of Investments, the Philippine Economic Zone Authority, and 12 other investment promotion agencies (IPAs).

According to Arroyo, Chua and Cua told the locators that “they are not losing their export-related incentives.”

A separate statement on Arroyo’s official Facebook account mentioned that Chua also gave assurance “all locators will benefit from the proposed law in the long run because it will translate to more transparent and efficient systems and better infrastructure for their businesses to flourish in the Philippines.”

On Friday’s visit at the San Simon Industrial Park, Arroyo shared that according to investors she asked, “none of them is getting fiscal incentives; they came here because of the infrastructure.”

San Simon Mayor Leonora Wong and investor Joseph Rejuso backed up Arroyo’s statement by citing the construction of Quezon Road there, which they say was her initiative.

“San Simon, actually, is not really a known town, even in Pampanga. And as Madam Speaker GMA said, one factor is the infrastructure. Quezon Road is a national road which was built by her,” Wong was quoted in the House statement to have said on Friday.

The House of Representatives is deliberating on the Package 2 of President Rodrigo Duterte’s Comprehensive Tax Reform Program that also aims to lower corporate income tax, aside from amending the investment incentives system.

According to Chua, the estimated foregone revenue of government from investment incentives in 2015 is P301 billion. A DOF study showed that 57 percent of firms registered with IPAs are receiving incentives that are already unnecessary or redundant.

Politiko would love to hear your views on this...
Spread the love
Tags: 2nd District, Bataan Rep. Jose Enrique Garcia, Congress, House Speaker Gloria Macapagal-Arroyo, investors, Lower House, Means Chairman Dakila Cua, Representative, San Simon Industrial Park
Disclaimer:
The comments posted on this site do not necessarily represent or reflect the views of management and owner of POLITICS.com.ph. We reserve the right to exclude comments that we deem to be inconsistent with our editorial standards.