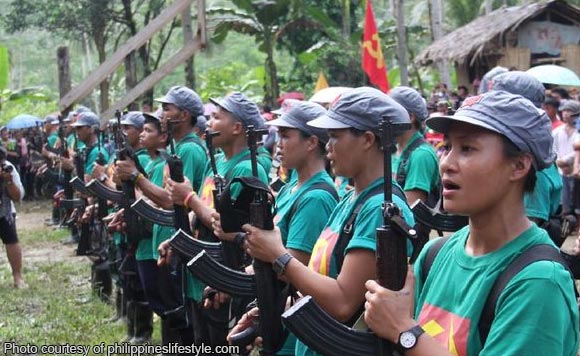 According to the Northern Luzon Command (Nolcom) of the Armed Forces of the Philippines (AFP), the rebels operating in the boundaries and isolated village of Zambales torched one backhoe and a payloade at Sitio Oraan, Barangay Cabatuan in Botolan Saturday, June 23, at about 1:00 p.m.

The destroyed equipment were being used in the construction of Capas-Botolan Road Project, which will allow travellers easier access to and from the different towns Tarlac and Zambales. Its construction will also provide commuters a shorter route and a more inexpensive travel than using the Subic-Clark-Tarlac Expressway (SCTEX).

“The government is doing its utmost effort of building communities, through its Build-Build-Build Program, but these Communist NPA Terrorist continue to sabotage these government and private projects, and vehemently harass investors who do not submit to its extortion demands,” said Lt. Gen. Emmanuel B. Salamat, Nolcom commander.

Government troops under the 3rd Mechanized Infantry Battalion have launched pursuit operations against the suspects and coordinated with the owner of the company for filing of appropriate case against them.

Politiko would love to hear your views on this...
Spread the love
Tags: Armed Forces of the Philippines (AFP), Barangay Cabatuan, Botolan, Emmanuel B. Salamat, New People's Army (NPA), Northern Luzon Command (Nolcom), Sitio Oraan, Zambales
Disclaimer:
The comments posted on this site do not necessarily represent or reflect the views of management and owner of POLITICS.com.ph. We reserve the right to exclude comments that we deem to be inconsistent with our editorial standards.