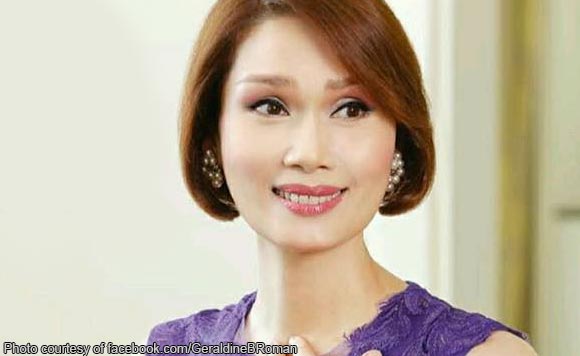 Bataan 1st District Geraldine Roman said Monday that an investigation must be conducted immediately on the complaint of television personality KaladKaren Davila, Jervi Li in real life, against a bar in Makati that barred her and her companions entry last weekend because of their gender identity.

On her Facebook account, Roman said the incident reported by her fellow transgender “is one of the reasons why we need the SOGIE Equality Bill to be passed.” SOGIE stands for Sexual Orientation and Gender Identity and Expression.

“No Filipino should ever be subjected to this kind of discrimination. This unequal treatment must stop,” Roman, a sponsor of the SOGIE Equality Bill in Congress, said of Li’s experience.

“We cannot and should not allow similar cases to happen ever whether on the basis of SOGIE, race, religion, or for any other reason.”

A video shared by Li over the weekend caught a bouncer of a bar in Makati City telling her and her companions that “gays” were not allowed entry there. Li asserted she had been to the same bar before.

In an interview on ABS-CBN News, the manager of the bar said the directive was supposed to be only intended for a specific group of transgenders who were involved in an alleged theft incident inside the bar recently.

Roman praised Li “for having the bravery to speak out against inequality, hate and discrimination.”

In an earlier Facebook post, Roman urged the Senate to also pass its counterpart SOGIE Equality Bill “to ensure that the basic rights of ALL FILIPINOS are protected by law.”

Politiko would love to hear your views on this...
Spread the love
Tags: "SOGIE Equality Bill", 1st District, Bataan, Geraldine Roman, Jervi Li, KaladKaren Davila, Makati, Sexual Orientation and Gender Identity and Expression
Disclaimer:
The comments posted on this site do not necessarily represent or reflect the views of management and owner of POLITICS.com.ph. We reserve the right to exclude comments that we deem to be inconsistent with our editorial standards.