Agriculture damage due to typhoons hits P1.55B with Tarlac as 2nd most affected 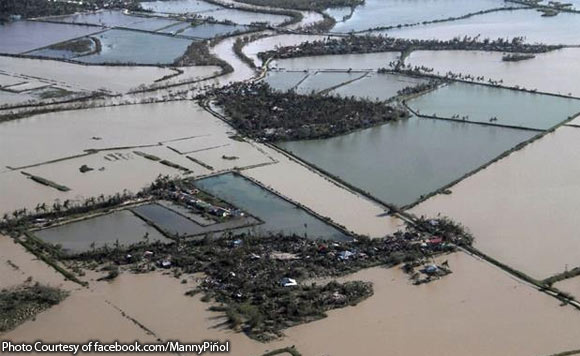 Damage to agriculture due to two tropical storms and a tropical depression has reached to P1.55 billion, with Tarlac as the second most affected province, Agriculture Secretary Emmanuel Pinol said Friday.

The Department of Agriculture (DA) chief said that as of 6:00 pm Thursday, July 26, the estimated cost of damage to agriculture in Tarlac amounted to about P397.81 million, next to Pangasinan with P449.63 million.

Pinol said he went Thursday to Tarlac and met with Governor Susan Yap and local officials, including farmers groups.

He said that rice and corn crops were heavily damaged in Tarlac.

Pampanga and Bulacan were the most affected provinces insofar as the fishing industry was concerned.

Politiko would love to hear your views on this...
Post Views: 14
Spread the love
Tags: Agriculture, Agriculture Secretary Emmanuel Piñol, damage, Department of Agriculture (DA), P1.55 billion, Pangasinan, Tarlac, tropical depression
Disclaimer:
The comments posted on this site do not necessarily represent or reflect the views of management and owner of POLITICS.com.ph. We reserve the right to exclude comments that we deem to be inconsistent with our editorial standards.