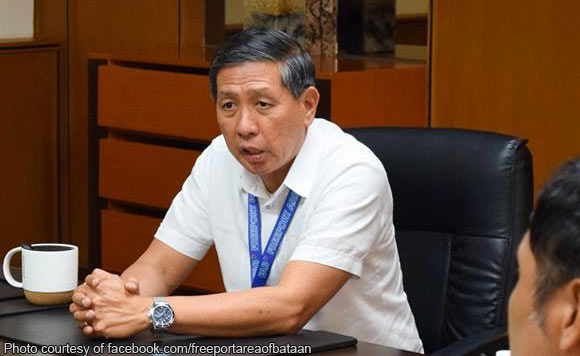 The Authority of the Freeport Area of Bataan (AFAB) signed a memorandum of agreement (MOA) with the villages of Malaya and Maligaya in Mariveles, Bataan province.

“The intention of this separate MoA signings with AFAB and these two barangays is to have a clearer scope of responsibilities and liabilities since they are both located inside the Freeport. The AFAB as the main governing body within the Freeport, this MoA will clear those gray areas since they are also political units with authority within their respective areas,” said Pineda, as reported by SunStar.

According to Pineda, one of the major locators in the town will donate two brand new dump trucks to aid in garbage collection efforts of the two villages.

Politiko would love to hear your views on this...
Post Views: 0
Spread the love
Tags: Authority of the Freeport Area of Bataan, Bataan province, Malaya, Maligaya, Mariveles, memorandum of agreement, Mt. Mariveles Conference Room, Vice Mayor Lito Rubia
Disclaimer:
The comments posted on this site do not necessarily represent or reflect the views of management and owner of POLITICS.com.ph. We reserve the right to exclude comments that we deem to be inconsistent with our editorial standards.