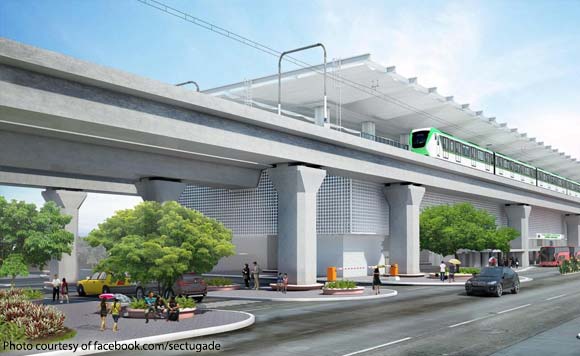 The Asian Development Bank (ADB) and the Japan International Cooperation Agency (JICA) commended the Department of Transportation (DOTr) for the quick implementation of the Malolos-Clark segment of North-South Commuter Railway (NSCR) despite the pandemic.

During the site inspection of the PNR Clark 2 project, ADB Country Director Kelly Bird said that after the project was approved in 2019, it took only 12 months for the DOTr to award five large contracts worth $2.4 billion.

“That was also done on record time,” the ADB official said.

“With this, ADB always remains committed to the Philippines as a host country and we will always support the Philippines not only to overcome the current challenges with Covid but also on its journey to becoming an upper middle-income country very soon,” Bird said.

For his part, JICA chief representative Eigo Azukizawa commended the strong leadership of Transportation Secretary Arthur Tugade and the DOTr’s strong collaboration with its partner agencies which led to the realization of the project.

“We congratulate DOTr and Philippine National Railways for making the province of Pampanga the first segment to conduct this kind of ceremony within the span of NSCR expansion project,” he said.

“This is one of the prime examples of JICA-ADB partnership in infrastructure financing. We were amazed by the fast progress of the project amidst the pandemic,” he added.

Once operational, PNR Clark 2 will cut travel time from Malolos to Clark from the current 1.5 to 2 hours, to just 30-35 minutes. It has six stations namely Calumpit, Apalit, San Fernando, Angeles, Clark, and Clark International Airport.

This project is part of the massive 147-km NSCR, which will have 35 stations, and shall operate 464 train cars, with 58 8-car train sets configuration.

Politiko would love to hear your views on this...
Spread the love
Tags: ADB, DOTr, JICA
Disclaimer:
The comments posted on this site do not necessarily represent or reflect the views of management and owner of POLITICS.com.ph. We reserve the right to exclude comments that we deem to be inconsistent with our editorial standards.