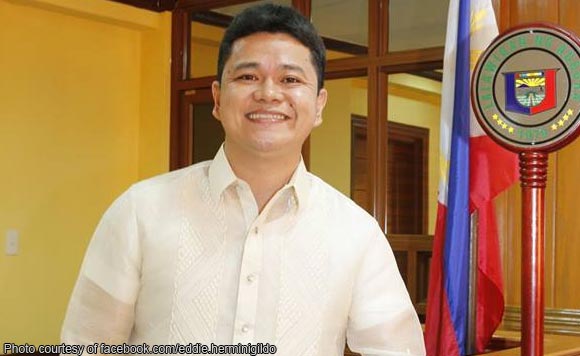 Acting Aurora Governor Rommel Rico Angara will seek a post in Congress as the province’s lone district representative during the May 2019 elections.

If successful, he will replace his aunt, seasoned politiko Bellaflor Angara-Castillo.

The younger Angara shared his next year’s political aspirations on his Facebook account, carrying the hashtags #sulongauroRA #houseofrepresentatives #goodvibes.

Originally the vice governor of Aurora, Angara assumed the gubernatorial post this year after Governor Gerardo Noveras was suspended by the Department of Interior and Local Government over a case involving the use of his own dump trucks in a government project a few years back.

The filing of candidacy for next year’s mid-term polls closed on Wednesday.

Politiko would love to hear your views on this...
Spread the love
Tags: Aurora, Bellaflor Angara-Castillo, Department of Interior and Local Government), Facebook account, Governor Rommel Rico Angara
Disclaimer:
The comments posted on this site do not necessarily represent or reflect the views of management and owner of POLITICS.com.ph. We reserve the right to exclude comments that we deem to be inconsistent with our editorial standards.