Abella: There will be ‘fair, impartial’ probe into Bulacan drug raids 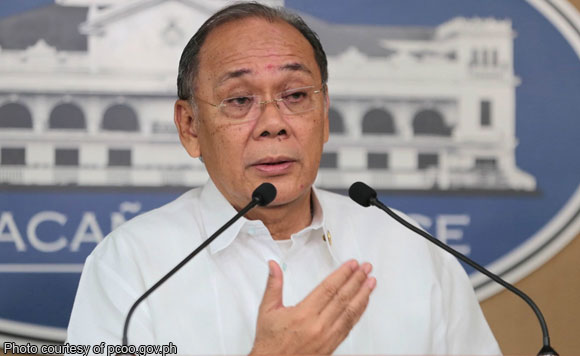 Presidential Spokesman Ernesto Abella on Thursday said that there will be “a fair and impartial investigation” into the Bulacan raids that killed a record 32 drug suspects in a single day.

This comes one day after President Rodrigo Duterte lauded the police operation, saying killing the same number of people everyday would solve the country’s drug problem.

But Abella downplayed the death of the police operation in Bulacan.

“The Bulacan raids, we have to underscore, are not the result of a single action, but wide-ranging simultaneous police operations against illegal drug offenders conducted in the whole province of Bulacan,” said Abella.

The Presidential Spokesman said the police were “met with violent resistance,” forcing them to respond with deadly force against the drug suspects.

The 24-hour police operation in Bulacan led to the killing of 32 people and the arrest of 107 suspects.

The police also seized 230 grams of shabu and 765 grams of marijuana.

Politiko would love to hear your views on this...
Post Views: 0
Spread the love
Tags: Bulacan, illegal drug, president Rodrigo Duterte, Presidential Spokesman Ernesto Abella, province of Bulacan
Disclaimer:
The comments posted on this site do not necessarily represent or reflect the views of management and owner of POLITICS.com.ph. We reserve the right to exclude comments that we deem to be inconsistent with our editorial standards.