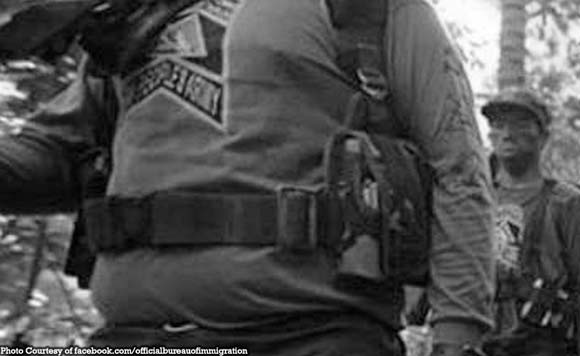 An “abandoned hideout and war materiel” believed to be owned by the New People’s Army (NPA) was discovered by Army troops in Casiguran town in Aurora province, according to the commander of the 91st Infantry “Sinagtala” Battalion (91IB).

In an interview with the Philippine News Agency, Lt. Col. Reandrew Rubio, commander of the 91IB, said the Charlie Company was conducting company strike operations around 7:30 a.m. when they discovered an abandoned enemy lair and recovered war supplies.

The lair was discovered at the vicinity of Sitio Tordil, Barangay San Ildefonso, according to the PNA report.

Recovered at the scene were 30 rounds of ammunition for M14 rifle, six magazines for M14, one poncho, three SIM cards, one CD, one bandolier for M14, and four topographic maps, the report said.

“We are very thankful to the community for providing us information that led to the recovery of war items. I am commending the effort of our soldiers for their immediate action, so far our troops are scouring the area,” Rubio was quoted as saying in the report.

Politiko would love to hear your views on this...
Spread the love
Tags: 91st Infantry “Sinagtala” Battalion, Aurora, NPA
Disclaimer:
The comments posted on this site do not necessarily represent or reflect the views of management and owner of POLITICS.com.ph. We reserve the right to exclude comments that we deem to be inconsistent with our editorial standards.