9K housing units to be built in Mariveles 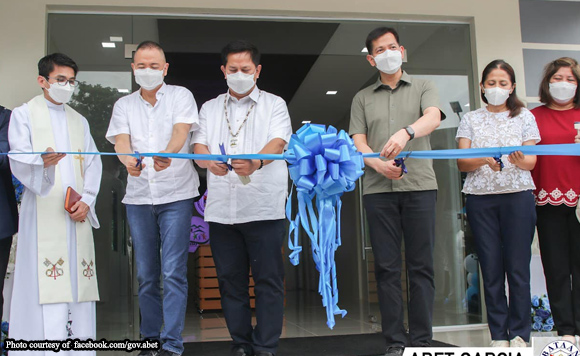 Over 9,000 housing units will be constructed in Mariveles, Bataan, as provincial officials have officially opened the 1Bataan Housing Showroom and signed a memorandum of understanding with the Pag-IBIG Fund.

Bataan Rep. and former governor Albert Garcia announced on Saturday that the housing units will be built in the 1Bataan Township Housing project in Mariveles in coordination with Pag-IBIG Fund represented in the MOU signing by Philip Keith, vice president for home lending operations, Luzon group.

According to a Punto Central Luzon report, the project will benefit workers of the Authority of the Freeport Area of Bataan, informal settler families, and those included in the Supreme Court mandamus for the rehabilitation of Manila Bay.

Another MOU was signed between the provincial government of Bataan, Pag-IBIG Fund and the Treehouse Properties and Development Corp. for the Casa Valencia housing project in Balanga City.

The housing units are intended for government employees, according to Garcia.

With the coming in of new investors and the construction of the Bataan–Cavite bridge, the province has to start preparing for the big requirement for housing, he said.

Politiko would love to hear your views on this...
Spread the love
Tags: Bataan, housing units, Mariveles, Pag-Ibig Fund, Showroom
Disclaimer:
The comments posted on this site do not necessarily represent or reflect the views of management and owner of POLITICS.com.ph. We reserve the right to exclude comments that we deem to be inconsistent with our editorial standards.