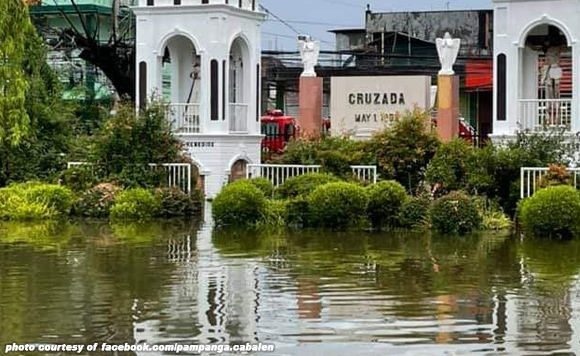 The Pampanga Risk Reduction and Management Office (PRRMO) reported that 96 barangays in Pampanga province were still flooded due to the monsoon rains and water draining from upstream areas.

A total of 347 families are currently housed in 30 evacuation centers in six local government units, according to the PRRMO. Some 48,768 families or 211,359 individuals have been affected by flooding in the province.

Politiko would love to hear your views on this...
Spread the love
Tags: Pampanga, Pampanga Risk Reduction and Management Office
Disclaimer:
The comments posted on this site do not necessarily represent or reflect the views of management and owner of POLITICS.com.ph. We reserve the right to exclude comments that we deem to be inconsistent with our editorial standards.