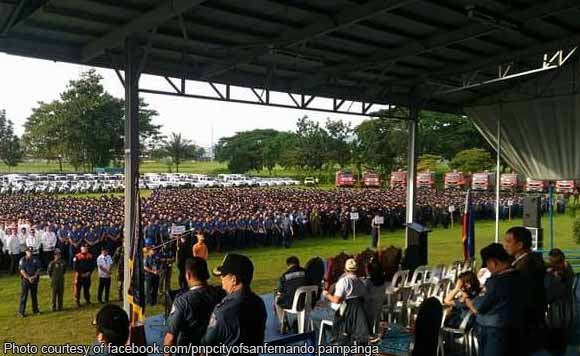 Around 9000 cops, soldiers and government personnel have been deployed to Clark Field in Pampanga in preparation for the 11th Association of Southeast Asian Nations (Asean) Defense Ministers Meeting this week.

Task Group Clark Asean 2017 is composed of the Philippine National Police (PNP) Region-3, soldiers, and personnel from the departments of interior and local government, health, and social welfare and development.

The Task Group will monitor the Clark International Airport, the hotel where delegates will be billeted, and the venue of their meetings.

Checkpoints will also be set up at the gates, but the area will remain open to the public. The police will also implement a rerouting scheme on roads near the venue of the Asean meetings.

Politiko would love to hear your views on this...
Post Views: 2
Spread the love
Tags: Association of Southeast Asian Nations, Clark Field, Defense Ministers Meeting, Pampanga, PCSupt. Amador Corpuz, Philippine National Police
Disclaimer:
The comments posted on this site do not necessarily represent or reflect the views of management and owner of POLITICS.com.ph. We reserve the right to exclude comments that we deem to be inconsistent with our editorial standards.