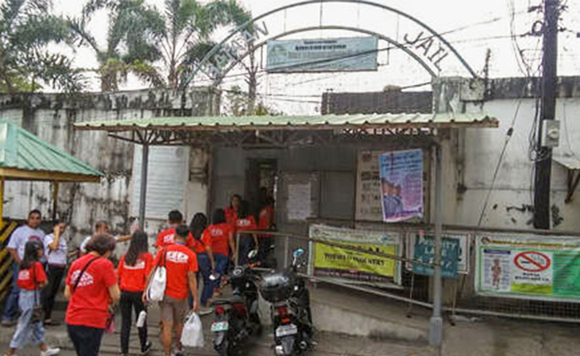 Some 77 inmates at the Bataan Provincial Jail have tested positive for Covid-19, according to a bulletin released by the Provincial Health Office on Monday.

The inmates represented the bulk of the 99 new confirmed Covid-19 cases in Bataan, the highest recorded in a day since January, the report said.

Health officials said the inmates were all placed in an isolation facility.

In the report, city health officer Dr. Mart Banzon said an investigation was launched to determine how the detainees contracted the virus.

Besides the 77 inmates, five of the new confirmed cases were from Pilar, four from Balanga City, three from Dinalupihan, two each from Orion, Mariveles and Abucay, and one each from Orani, Bagac, Limay and Samal, the report said.

The province also recorded nine new recoveries, of whom three were from Abucay, two each from Balanga City and Mariveles, and one each from Orion and Pilar.

Politiko would love to hear your views on this...
Post Views: 2
Spread the love
Tags: Bataan Provincial Jail, Covid-19
Disclaimer:
The comments posted on this site do not necessarily represent or reflect the views of management and owner of POLITICS.com.ph. We reserve the right to exclude comments that we deem to be inconsistent with our editorial standards.