700 triathletes to race in New Clark City this month 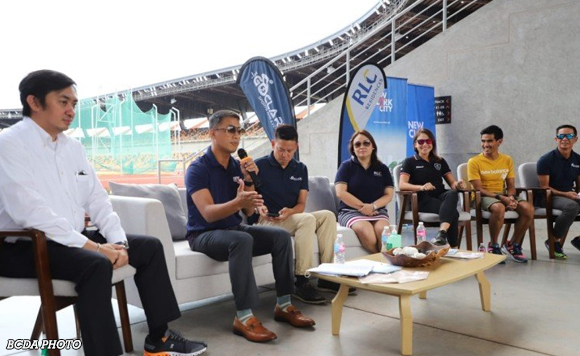 GoClark Sports & Events, RLC Residences and the Bases Conversion and Development Authority (BCDA) have partnered to host the biggest triathlon race in New Clark City in Capas, Tarlac, where about 700 triathletes across the country are expected to compete.

The RLC Residences New Clark City Triathlon will happen on September 25, marking the return of the multisport activity in the world-class sports complex, after its inaugural race in October 2019.

“When we organized the inaugural New Clark City Triathlon in October 2019, we were awed with the magnificent structures that were built for the 2019 Southeast Asian Games,” said GoClark Sports Race Director Jumbo Tayag.

We were tasked to test out the facilities as part of the preparation for the regional games. Then the pandemic happened, and all sporting events were put on hold. This year, we gradually put out events as we help put back sports tourism to where it was pre-pandemic,” he said.

“The RLC Residences New Clark City Triathlon is our seventh race this year since the government allowed us to hold events last April. We are grateful to be able to organize events that cater to people that exhibit an active lifestyle,” Tayag said.

“We share the same values with RLC Residences, and with their support, participants should expect a high-quality event and a race experience like no other,” he added.

The signature category of New Clark City Long Triathlon will feature a 900-meter swim in the FINA approved Aquatics Center, a two-lap 50-kilometer bike course that traverses the Clark International Airport to New Clark City Access Road with a vista of the Zambales mountainscape, as well as a 12-kilometer run around the New Clark City Athletics Stadium.

Triathletes will be welcomed back into the finish chute inside the Aquatics Center with a throng of cheering friends, family and supporters.

Politiko would love to hear your views on this...
Spread the love
Tags: BCDA, GoClark Sports &amp; Events, New Clark City, RLC Residences, triathletes
Disclaimer:
The comments posted on this site do not necessarily represent or reflect the views of management and owner of POLITICS.com.ph. We reserve the right to exclude comments that we deem to be inconsistent with our editorial standards.