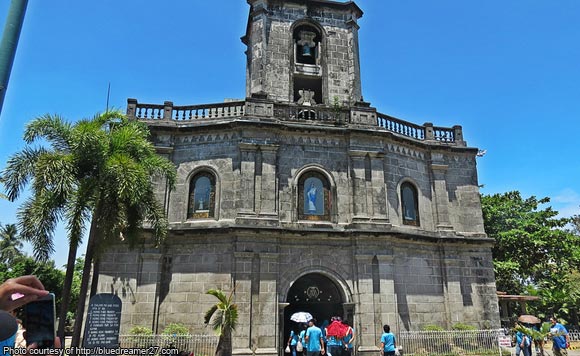 The seven oldest churches in this province have become yearly pilgrimage sites for busloads of visitors from various provinces in Luzon for their Visita Iglesia every Lenten Season.

These religious sites now collectively known as the 7 Pilgrim Churches can be found in seven out of 11 towns and a city in the peninsula.

Visita Iglesia is a Lenten tradition among the Catholic faithful where they visit seven churches to pray and reflect on the sufferings of the Lord Jesus Christ.

The devotees’ first stop for their Visita Iglesia in Bataan is the 263 year-old St. Peter de Varona Church in the town of Hermosa, followed by the 309-year-old Virgen Milagrosa del Rosario Church in Orani and the 423-year old St. Catherine of Siena Church in Samal.

The next stop of the pilgrimage is the Sto. Domingo Church in Abucay, which, at 431 years old is touted as the oldest in Bataan and one of the oldest in the country.

Meanwhile, the 305-year-old Saint Joseph Cathderal in Balanga City comes next for the pilgrims, followed by the 218-year-old Virgen Milagrosa del Pilar Church in Pilar town.

These old churches have undergone various renovations but they have one common material – sturdy bricks known as “batong silyar”, which are visible in their inner and outer walls. All the churches were built during the Spanish rule in the Philippines under the supervision of Dominican priests.

For this year, the first visitors of the 7 Pilgrim Churches were around 500 people from San Pablo City in Laguna who came on board 12 buses.

Fr. Emil Urriquia, San Pablo City parish priest, who led the huge group of pilgrims, said they have been doing their Visita Iglesia in Bataan for many years now.

“We return here in the spirit of pilgrimage. This is for the yearly Lenten activity of our parish,” he said. (PNA)