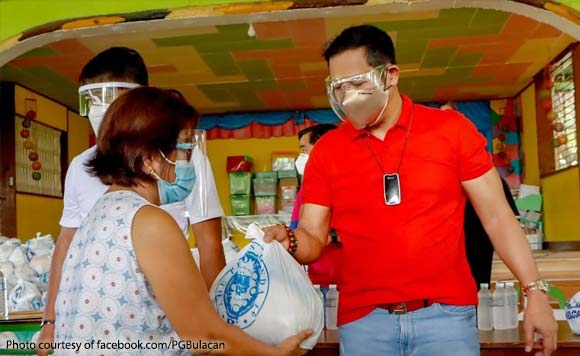 According to Bulacan officials, the LGU has provided food packs to 6,074 families in coordination with the Provincial Social Welfare and Development Office.

Fernando was joined by Board Member Romeo Castro Jr. and Municipal Administrator Ferdinand Tiongson in distributing the relief goods, the officials said.

Bulacan was generally spared from Rolly’s wrath but some areas experienced flooding and infrastructure damage.

Politiko would love to hear your views on this...
Spread the love
Tags: Bulacan, Governor Daniel Fernando, Provincial Social Welfare and Development Office, San Miguel
Disclaimer:
The comments posted on this site do not necessarily represent or reflect the views of management and owner of POLITICS.com.ph. We reserve the right to exclude comments that we deem to be inconsistent with our editorial standards.