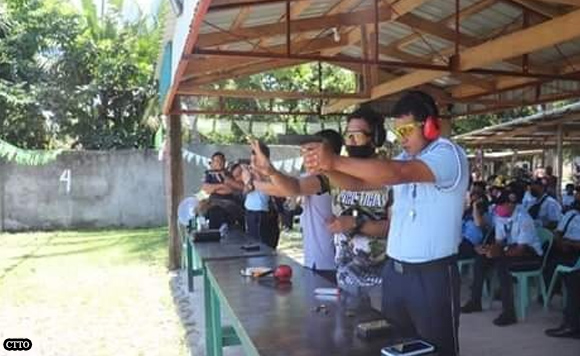 The training is on-hand using short pistols with the students trained on the proper technique and understanding of the four fundamentals of marksmanship, according to a Punto Central Luzon report.

Lectures on information awareness against the communist terrorist groups, patriotism and love for the country were also given, the report said.

Lt. Col. Julito B. Recto, Jr., acting commander of 91IB, said in the report that prior to the activity a gun safety seminar was conducted for the safety of the students.

“We explained to the learners about the foundation of responsible gun handling, protection and ethical standards of firearm users,” he was quoted as saying.

“The training was conducted on our shooting range to provide them a most secure environment,” Recto said.

Politiko would love to hear your views on this...
Spread the love
Tags: Baler, criminology students, marksmanship, marksmanship training
Disclaimer:
The comments posted on this site do not necessarily represent or reflect the views of management and owner of POLITICS.com.ph. We reserve the right to exclude comments that we deem to be inconsistent with our editorial standards.