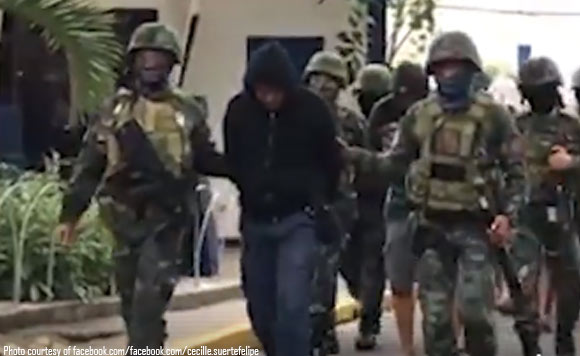 The two civilians who allegedly acted as the policemen’s collectors were identified as Darwin Lagisma and Ramon Cabilangan.

The policemen, who are members of the Carranglan Municipal Police Station, were manning a checkpoint at Barangay Digdig when they were arrested in an entrapment operation.

Operatives seized from the suspects cash amounting to P2,440.00, Ranger Cal. 45 and one Armscor 9mm, with one magazine each loaded with ammunition from Otic and Antonio.

The arrested cops and civilians have been brought to the Department of Justice for inquest and Camp Crame for detention for violation of Republic Act 10591, RA 3019 or Anti-Graft and Corrupt Practices Act, and RA 6713 or Code of Conduct and Ethical Standard for Public Officials and Employees.