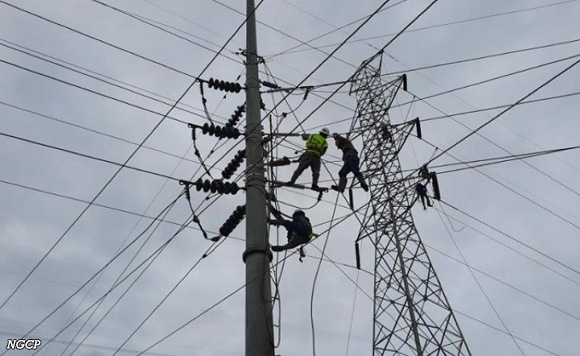 A 6-hour power interruption will affect six towns in Pampanga province, according to the Pampanga Electric Cooperative (PELCO) II.

The outage is scheduled on May 17, PELCO II said on its Facebook page.

According to the electric cooperative, the affected towns are Guagua, Bacolor, Santa Rita, Sasmuan, Porac and Lubao.

In Guagua, all barangays will be affected by the power interruption from 7 a.m. to 1 p.m., according to the electric coop management.

Two villages in Bacolor — Calibutbut and Maliwalu — will be spared from the brownout.

In Sasmuan town, many barangays will experiece service interruption except for Batang, Mabuanbuan, Malusac and Sebitanan.

Pelco II stated that Barangay Salu and Balubad in Porac town will also be affected by the power interruption.

The PELCO II management is set to conduct preventive maintenance, and clearing of electrical lines, among others during the said period.

Politiko would love to hear your views on this...
Spread the love
Tags: Pampanga, Pampanga Electric Cooperative (PELCO) II., power outage
Disclaimer:
The comments posted on this site do not necessarily represent or reflect the views of management and owner of POLITICS.com.ph. We reserve the right to exclude comments that we deem to be inconsistent with our editorial standards.