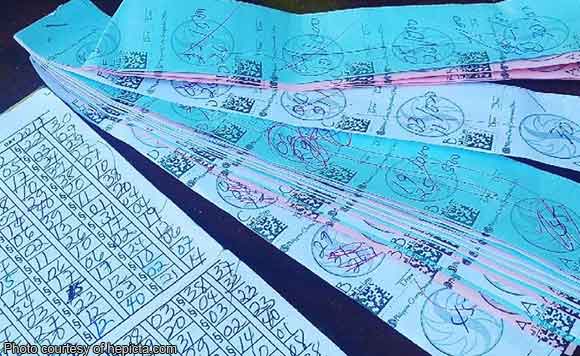 According to police, confiscated cash bets and papelitos (bet sheets) from the suspects amount to more than P4,000.

Chief Supt. Amador Corpus, chief of the Central Luzon Police Regional Office, was quoted as saying that they have yet to give an assessment of jueteng operations in the seven provinces of Central Luzon.

The arrests came a week after the Pampanga police killed an armed man protecting five alleged jueteng collectors of a Bulacan-based gambling group that had reportedly penetrated Candaba town in Pampanga.

Politiko would love to hear your views on this...
Spread the love
Tags: Bulacan, Cabanatuan City, Candaba, Central Luzon, jueteng, Nueva Ecija, Pampanga, San Ildefonso town, Supt. Amador Corpus
Disclaimer:
The comments posted on this site do not necessarily represent or reflect the views of management and owner of POLITICS.com.ph. We reserve the right to exclude comments that we deem to be inconsistent with our editorial standards.