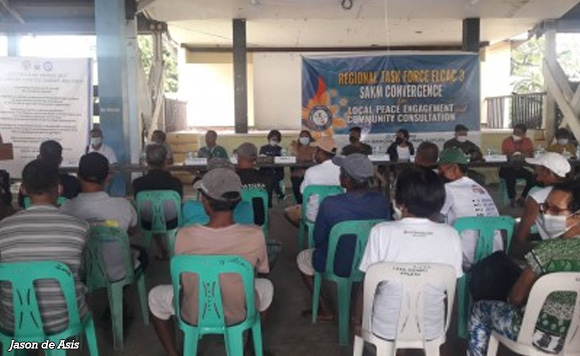 Some 52 alleged members of a communist rebel group, including one commander, turned themselves in to the authorities in Aurora province on Thursday.

According to a Philippine News Agency report, the National Intelligence Coordinating Agency (NICA), in collaboration with other security forces, facilitated the surrender of a leader of the Domingo Erlano Command and 51 members of Militia ng Bayan under the New People’s Army (NPA).

“It is not only the government that will work but their cooperation will provide a wider array of benefits based on their particular needs through the help of various national and local government agencies,” she said.

Politiko would love to hear your views on this...
Spread the love
Tags: Aurora, communist, National Intelligence Coordinating Agency (NICA)
Disclaimer:
The comments posted on this site do not necessarily represent or reflect the views of management and owner of POLITICS.com.ph. We reserve the right to exclude comments that we deem to be inconsistent with our editorial standards.