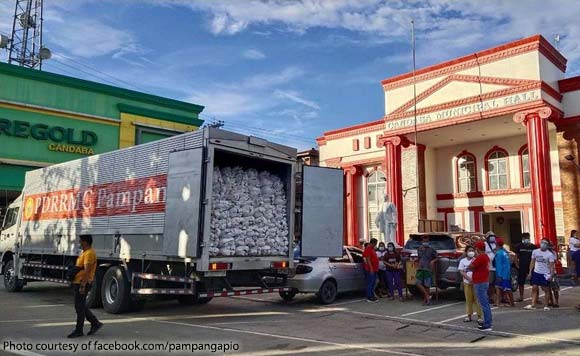 Pampanga Governor Dennis Pineda on Sunday gave a breakdown of the provincial government’s provisions for food packs for several towns devastated by Typhoon “Ulysses,” which caused major flooding in many parts of Pampanga.

The governor said he personally delivered thousands of food packs from the capitol in San Fernando City for distribution to four towns affected severely by the storm.

Politiko would love to hear your views on this...
Post Views: 15
Spread the love
Tags: food packs, Pampanga, Typhoon “Ulysses
Disclaimer:
The comments posted on this site do not necessarily represent or reflect the views of management and owner of POLITICS.com.ph. We reserve the right to exclude comments that we deem to be inconsistent with our editorial standards.