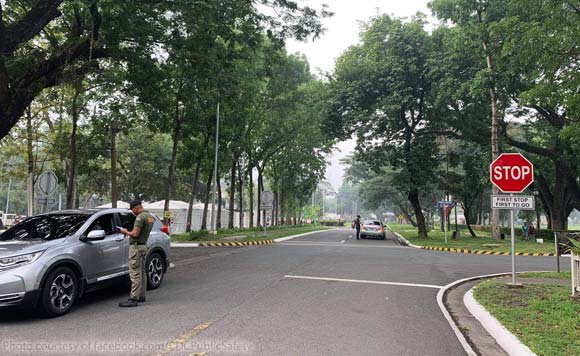 The enforcement of traffic rules and regulations is now stricter in the Clark Freeport to ensure the safety and security of all residents, workers, and motorists, according to the Clark Development Corporation (CDC).

The CDC-Public Safety Division (PSD) reported that a total of 50 violators were apprehended as of June 11 for traffic violations.

The offenses included overspeeding, disregarding traffic signs, lane splitting, driving without license, not wearing a seat belt, headlights off, tail lights off, and disregarding road markings, among others.

Aside from intensifying the campaign against reckless driving, CDC-PSD personnel also conducted and assisted on the initial investigation on a “Basag Kotse” incident in the freeport.

The incident involved two vehicles in which both complainants were victims of the same modus operandi. The case was then turned over to Mabalacat City Police Station for further investigation.

Politiko would love to hear your views on this...
Spread the love
Tags: CDC-Public Safety Division\, Clark Development Corporation, Clark Freeport
Disclaimer:
The comments posted on this site do not necessarily represent or reflect the views of management and owner of POLITICS.com.ph. We reserve the right to exclude comments that we deem to be inconsistent with our editorial standards.