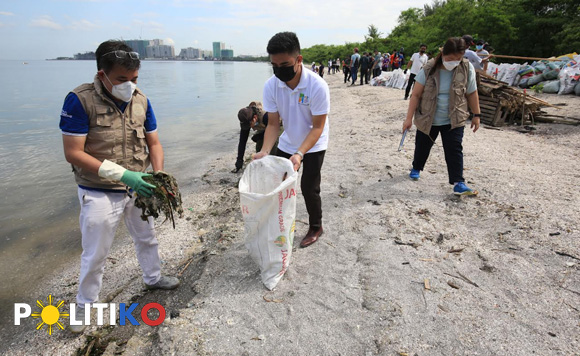 Five local government units (LGUs) in Central Luzon were recognized by the Department of Environment and Natural Resources (DENR) for their cleanup and rehabilitation efforts in Manila Bay.

Among the winners of the Manila BAYani Awards were the city governments of Balanga and Palayan; the municipal governments of Sasmuan in Pampanga, and Marilao in Bulacan; and the Environment and Natural Resources Office of the provincial government of Pampanga.

In a Philippine Information Agency report, Acting Environment Secretary Jim Sampulna commended the LGUs for exerting efforts to help the agency in the massive cleanup of major river systems and tributaries within the Manila Bay area.

“Congratulations to all the awardees. With your relentless support, we will ultimately win this battle for Manila Bay,” he was quoted as saying.

“It is through our strategic partnership and collective efforts that we have been able to execute activities that brought significant contributions and progress in our rehabilitation efforts,” he was quoted as saying in the report.

Politiko would love to hear your views on this...
Spread the love
Tags: Department of Environment and Natural Resources (DENR), Manila Bay, Manila Bay rehab, Region 3
Disclaimer:
The comments posted on this site do not necessarily represent or reflect the views of management and owner of POLITICS.com.ph. We reserve the right to exclude comments that we deem to be inconsistent with our editorial standards.