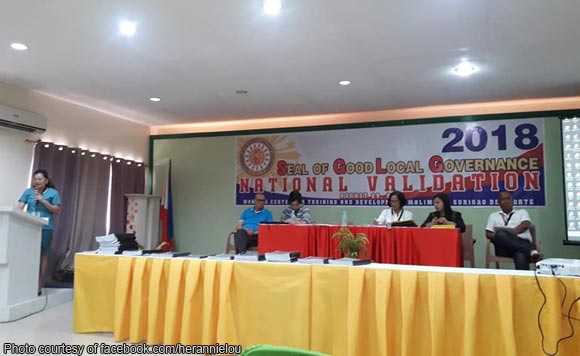 Many local chief executives in Central Luzon must be beaming with pride as the Department of Interior and Local Government bared Monday that 43 local government units in the region passed the 2018 Seal of Good Local Governance.

The DILG Central Luzon said in its Facebook page that the provincial governments of Bataan, Bulacan, Nueva Ecija and Tarlac will be conferred with the seal.

“The awardees have demonstrated exemplary performance with respect to the scaled-up, all-in indicators of the 2018 SGLG,” the DILG Central Luzon said.

Tarlac Governor Susan Yap promptly shared the DILG Central Luzon announcement on her Facebook page, albeit absent of any caption.

According to the DILG, the SGLG “symbolizes integrity and good performance through continuing governance reform and sustained local development.”