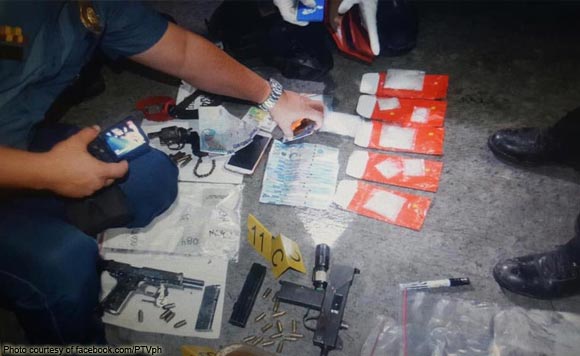 As part of the government’s crackdown on illegal drugs, the Bulacan police demonstrated a high number of arrested drug suspects under “Oplan Tokhang.”

During the regional showcase at Barangay Longos in Pulila, PNP-Bulacan reported that 4,548 drug suspects have been arrested in the province since the drug campaign started on July 1, 2016.

Under “Tokhang,” 60,517 houses around the province were visited while 42,205 were recorded as drug surrenders.

Last August, Bulacan police hit the headlines for killing 29 people and arresting 64 others in simultaneous anti-drug operations done in a span of 24 hours. Police officials said this could be the highest death toll in a single day since the drug war took effect last year.

Politiko would love to hear your views on this...
Spread the love
Tags: Barangay Longos in Pulila, Oplan Tokhang, PNP-Bulaca
Disclaimer:
The comments posted on this site do not necessarily represent or reflect the views of management and owner of POLITICS.com.ph. We reserve the right to exclude comments that we deem to be inconsistent with our editorial standards.