40 houses to be built for Aeta community in Porac 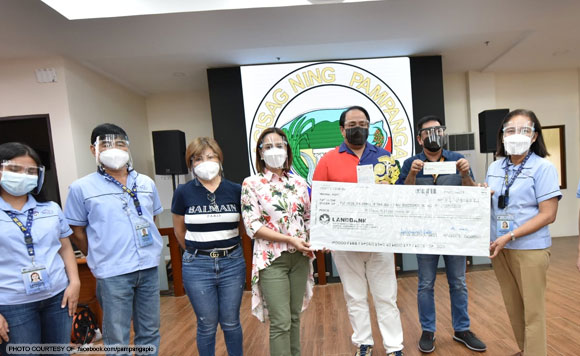 A P15-million initial fund has been turned over by the National Housing Authority to Pampanga Governor Dennis Pineda for the construction of 40 more houses in Barangay Babo Pangulo in the town of Porac.

According to a Sun Star Pampanga report, the fund was personally received by Pineda, Second District Board Member Fritzie David-Dizon, Special Assistant to the Governor Angelina Blanco, and Provincial Administrator Charlie Chua.

The report quoted Rogie Pineda, officer-in-charge of the NHA-Pampanga, Bataan and Zambales District, saying that the fund is just an initial payment of the P20-million total funds allocated by the agency for the housing project.

The project aims to provide proper and durable shelter to indigenous people who lost their homes due to the earthquake in 2019, the report said.

About 40 housing units will be built with the fund, in addition to the 37 units previously built by the provincial government, it added.

Politiko would love to hear your views on this...
Spread the love
Tags: Aeta community, national housing authority, Pampanga Governor Dennis Pineda, Porac
Disclaimer:
The comments posted on this site do not necessarily represent or reflect the views of management and owner of POLITICS.com.ph. We reserve the right to exclude comments that we deem to be inconsistent with our editorial standards.