4 arrested for illegal fishing in Bulacan 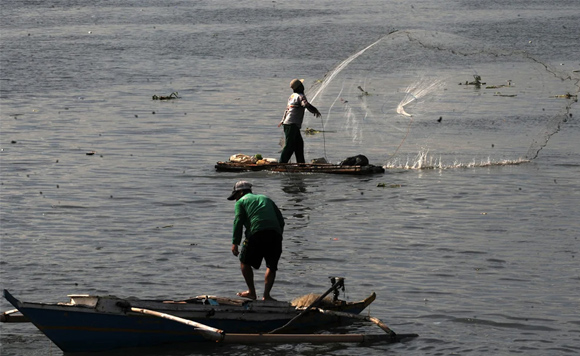 CAMP ALEJO SANTOS, Bulacan – Four persons were arrested for illegal fishing in the coastal area of Barangay Masukul, Paombong, this province on Tuesday.

Cajipe said the suspects, while fishing in the nearby town of Paombong on board their boat, were caught using a motorized push net (troll) by elements of the Municipal Fisheries and Aquatic Resources Management Council (MFARMC) Bantay-Dagat and Paombong Municipal Police Station.

Recovered from them were the motorized push net and seven coolers containing assorted fish, crabs and shrimps.

Cajipe said criminal charges for violation of Republic Act No. 8550, the Fisheries Code of 1998, are now being prepared for filing against the illegal fishers, who are being held at the Paombong Municipal Police Station. (PNA)

Politiko would love to hear your views on this...
Tags: Alvin Perez, Barangay Masukul, Bulacan, Bulacan Police Provincial Office, Camp Alejo Santos, Col. Lawrence Cajipe, Nazario Roque, oberto Santos, Paombong, Raymundo Roque
Disclaimer:
The comments posted on this site do not necessarily represent or reflect the views of management and owner of POLITICS.com.ph. We reserve the right to exclude comments that we deem to be inconsistent with our editorial standards.