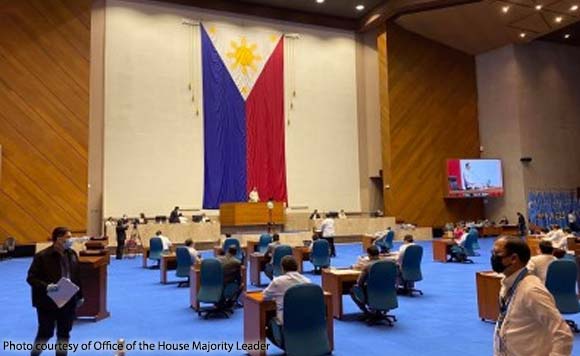 A bill creating the third district of Bataan province was approved on third reading in the House of Representatives last Tuesday.

The lower House voted 202-0 with six abstentions in favor of House Bill 8664.

Based on the proposal of the bill author, Bataan Rep. Joet Garcia III of the second district, the towns and cities of Bataan will be redivided among the three districts.

The first district shall be composed of Dinalupihan, Hemosa, Orani, Morong, Samal, Abucay, while the second district will cover Balanga, Orion and Pilar. The third district will be Bagac, Limay and Mariveles.

The bill will need the concurrence of the Senate to be passed into law.

Politiko would love to hear your views on this...
Spread the love
Tags: Bataan province, House Bill 8664, House of Representatives
Disclaimer:
The comments posted on this site do not necessarily represent or reflect the views of management and owner of POLITICS.com.ph. We reserve the right to exclude comments that we deem to be inconsistent with our editorial standards.