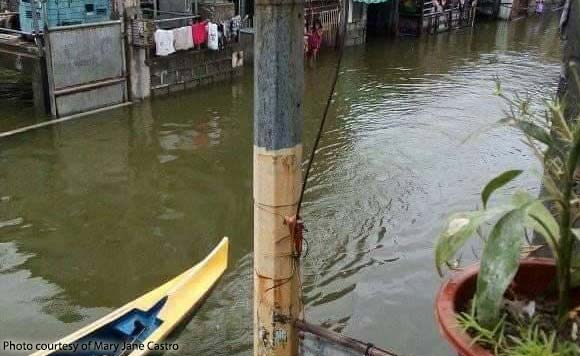 Several barangays in the towns of Macabebe, Lubao and Bacolor in Pampanga province were submerged in floodwater, in some places as high as three feet, following torrential rains due to the southwest monsoon, provincial disaster officials said.

The Provincial Disaster Risk Reduction and Management Council (PDRRMC) reported at least 34 barangays in the three municipalities experienced flooding due to continuous rains and compounded by the high tide and the onslaught of Typhoon Fabian.

A total of 22 barangays in Masantol suffered one to two foot-high flooding while10 villages in Macabebe experienced three-foot floods, especially in Barangays Santo Niño and San Juan.

On the other hand, Barangays Bancal Sinubli and Bancal Pugad in Lubao town were also flooded.

According to the PDRRMC bulletin, the monsoon rains were enhanced by Typhoon Fabian, which was located at 495 kilometer northeast of Itbayat, Batanes as of Friday afternoon.

The typhoon was packing with maximum sustained winds of 150 kilometers per hour near the center and gusts of up to 185 kph.

Politiko would love to hear your views on this...
Spread the love
Tags: Lubao, Macabebe, Pampanga
Disclaimer:
The comments posted on this site do not necessarily represent or reflect the views of management and owner of POLITICS.com.ph. We reserve the right to exclude comments that we deem to be inconsistent with our editorial standards.