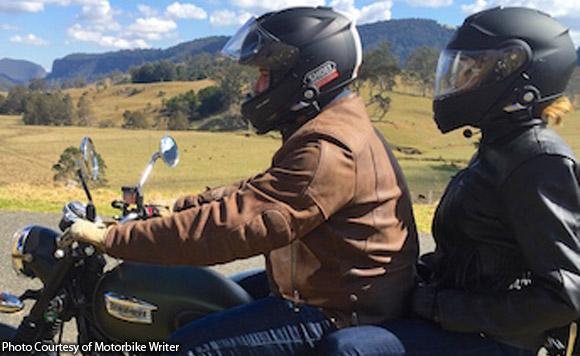 The Philippine National Police (PNP) is mulling to implement “unified sticker and color coding systems” for motorcycles in three regions in Luzon to prevent crimes perpetrated by the motorcycle riding suspects.

This was one of the strategies, which could be implemented in the National Capital Region, and Regions 3 (Central Luzon) and 4-A (Calabarzon) as the three police regional offices held the 2nd leg of the Joint Technical Working Group Meeting on Strategic Initiatives against Motorcycle Riding Suspects at Camp Julian Olivas in San Fernando City, Pampanga on Friday.

The meeting aimed at seeking the need for more vigorous strategies on the operability, coordination, and initiative against prevalence of motorcycle riding suspects considering the proximity of the three regions , the Police Regional Office 3 (PRO3) said.

PRO3 and PRO4-A have already been implementing their sticker system strategy through PRO3’s “Oplan Clean Riders Alpha” and PRO-4’s “Oplan Checkmate,” it said.

“We all know that these (motorcycle riding suspects) have already taken advantage of the high-speed mobility provided by motorcycles and have used these vehicles as instruments of crime and easy escape when pursued by policemen. It is high time that we put a stop to this notorious crime modus operandi where the suspects are armed and dangerous,” said PRO3 Director Chief Supt. Amador Corpus.

He cited that in Central Luzon alone, from January 1 to May 13, there were 228 crime incidents perpetrated by motorcycle riding suspects, 42 of which were already solved.

Politiko would love to hear your views on this...
Tags: Camp Julian Olivas, color coding systems, Luzon, motorcycle riding, National Capital Region, Pampanga, Philippine National Police (PNP), Police Regional Office 3 (PRO3), Regions 3 (Central Luzon), San Fernando City, Strategic Initiatives, suspects
Disclaimer:
The comments posted on this site do not necessarily represent or reflect the views of management and owner of POLITICS.com.ph. We reserve the right to exclude comments that we deem to be inconsistent with our editorial standards.