3 fishermen, including 2 minors, rescued in Subic bay after boat capsized 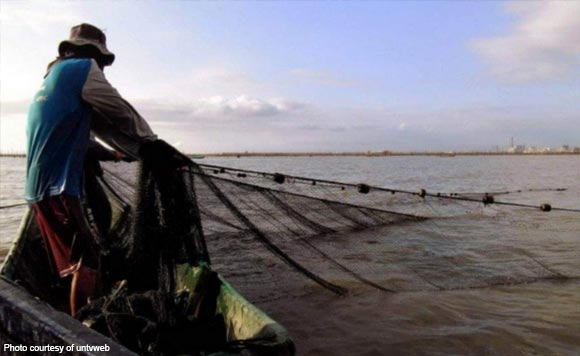 Three fishermen, two of them minors, were rescued after their boat capsized off Grande Island on Friday afternoon, according to Subic Bay Metropolitan Authority (SBMA) chair and administrator Wilma Eisma.

Based on a report by the Harbor Patrol division of the Law Enforcement Department (LED), the fishermen were picked up at about 5:32 p.m. after their boat capsized when strong waves hit the vessel.

One of the fishermen was 22-year-old Resty Geram, while the two others were 15 and 14. All were residents of Barangay Matain in the town of Subic.

SBMA Harbor Patrol officer Norman Lucero said he received a report from Grande Island staff concerning a capsized boat they rescued at the back of Grande Island Resort and sent two officers to respond to the call.

“The officers picked up the distressed fishermen and towed the boat back to the Harbor Patrol office,” according to the report.

The fishermen said they were going to Matain when they were struck by strong waves that damaged the side of their boat, letting in water.

Politiko would love to hear your views on this...
Tags: fishermen, Harbor Patrol division, Subic Bay, Subic Bay Metropolitan Authority, Wilma Eisma
Disclaimer:
The comments posted on this site do not necessarily represent or reflect the views of management and owner of POLITICS.com.ph. We reserve the right to exclude comments that we deem to be inconsistent with our editorial standards.