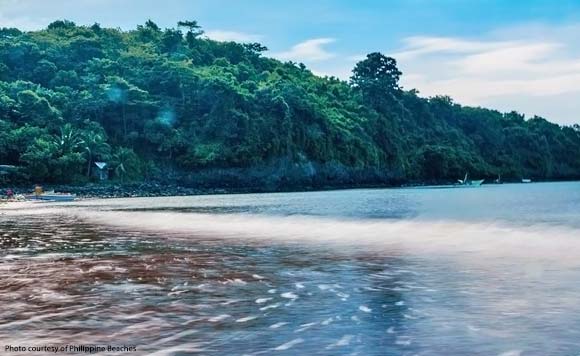 MARIVELES, Bataan — Residents have started to enjoy the waters of Aguawan beach in Barangay Sisiman here, one of the three areas in this province recently declared safe for swimming and other recreational activities by the Department of Environment and Natural Resources (DENR).

Donato Castillo, a resident of Barangay Alas-asin, said his family came here upon learning that Aguawan beach is now swimmable.

“Sinubukan namin at nag-enjoy ang mga bata (We tried and the children did enjoy),” said Castillo, who promised to go back together with his whole family.

Cely Navarro, on the other hand, said she no longer worriex that her children might get sick when they go swimming at the beach.

According to the DENR, the fecal coliform level in the Aguawan beach has significantly been reduced from 790 most probable number (MPN)/100 ml last January to only 12 MPN/ 100 ml this month.

Aside from the Aguawan beach, the other two beaches located in Sitio Babuyan in Barangay Mount View and in Sitio Boracay in Barangay Lucanin were likewise declared suitable for swimming.

Paquito Moreno, executive director of the DENR in Central Luzon, cited the contribution of the people in the communities in the improvement of the water quality in the said areas.

“The cooperation of our communities has been vital in cleaning the Bay. We have intensified our information campaign to increase the awareness and participation of the communities and other stakeholders,” he said.

So far, Moreno said the DENR, together with the local government units (LGUs) and other stakeholders, has already conducted 37 clean-ups since the Manila Bay rehabilitation kick off activity last January.

During said activity, some 4,000 individuals from the DENR here and other government agencies, LGUs, business sector, academe and civil society organizations, conducted a massive cleanup of Manila Bay in the three provinces in Central Luzon, namely Bulacan, Pampanga and Bataan, to avert further degradation of the historic bay and make its waters fit for swimming.

The Manila Bay kickoff clean up drive in Central Luzon was conducted along Obando river in Barangay Tawiran in Obando, Bulacan; Guagua river in Barangay Sto. Filomina in Guagua, Pampanga; and in the more than 700 meters stretch of Mariveles coastline in Barangay Lucanin in Bataan.

Aside from the cleanup activity, some 3,000 mangrove species were also planted in those sites to protect the coastal areas.

Of the total 190-kilometer coastline of the Manila Bay area, 142 kilometers are in Bulacan, Pampanga and Bataan. (PNA)