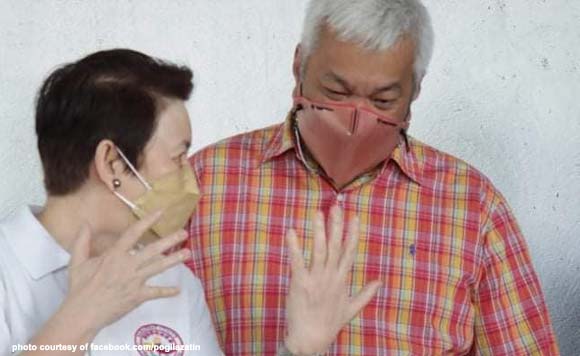 Some 280 Aeta families from a remote village in Mabalacat City were given grocery packages on December 7 from donations of the Clark International Airport Corp. (CIAC) employees and Angeles City Mayor Carmelo Lazatin Jr.

“The project is part of CIAC’s corporate social responsibility program, especially so that we targeted the indigenous people near the Clark Freeport Zone as beneficiaries of our modest assistance during this season of giving,” said Aaron Aquino, CIAC president.

Lazatin donated 80 of the grocery packages, according to CIAC.

The agency’s community relations office, headed by Riza Lozano, were accompanied by personnel of the engineering, security, finance and transportation departments along with Calaguas and other CIAC volunteers during the distribution of goods at the village.

Sitio Haduan is about an hour’s hike from the center of Clark Economic Zone where the Aeta community’s main source of livelihood is fruit and vegetable farming.

Politiko would love to hear your views on this...
Spread the love
Tags: Aeta families, Angeles City, Clark International Airport Corp., Mabalacat City, Mayor Carmelo Lazatin Jr.
Disclaimer:
The comments posted on this site do not necessarily represent or reflect the views of management and owner of POLITICS.com.ph. We reserve the right to exclude comments that we deem to be inconsistent with our editorial standards.