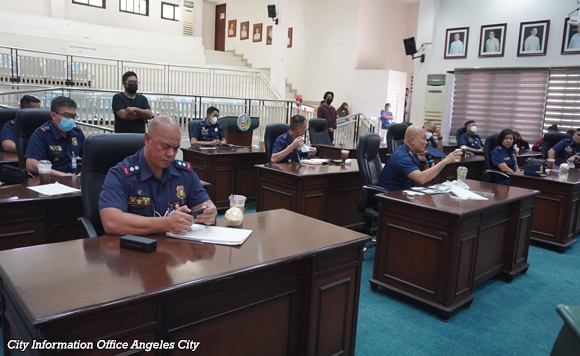 The Angeles City government has started the deployment of police officers in maintaining 24-hour police visibility throughout the city beginning Wednesday.

This was discussed during a meeting held on July 26 at the Sangguniang Panlungsod, presided by Angeles City Mayor Carmelo Lazatin Jr.’s Chief Adviser IC Calaguas.

The Angeles City Police Office led by Colonel Diosdado Fabian, with its six police stations, will conduct a simulation exercise on August 3 for 24/7 police roving activities.

Calaguas said this initiative of Lazatin is to ensure crime prevention, deploying the full force of the police along the streets especially in blind spots.

In fact, there will also be a 24/7 911 hotline linked to the Angeles City Emergency Disaster Command Center to further minimize emergency response time.

In addition, the city government has allotted a budget for the weekly gas allowance intended for the 24/7 police presence.

Politiko would love to hear your views on this...
Spread the love
Tags: Angeles City, Mayor Carmelo Lazatin Jr., police visibility
Disclaimer:
The comments posted on this site do not necessarily represent or reflect the views of management and owner of POLITICS.com.ph. We reserve the right to exclude comments that we deem to be inconsistent with our editorial standards.