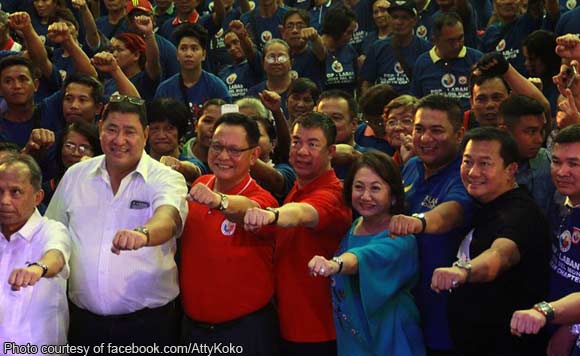 The Partido Demokratiko Pilipino – Lakas ng Bayan (PDP Laban) accepted 30,000 new members from Bulacan to boost its ranks in a massive Basic Membership Seminar and oathtaking ceremony held on Monday at the Malolos Sports and Convention Center in Bulacan.

“This is one of the biggest oathtakings we’ve held so far. I am overwhelmed by the support Bulakeños show for Federalism”, said Pimentel in a statement.

“We really feel the support of the people of Bulacan for PDP Laban and Federalism. With this oathtaking, we increased Party membership by 10 percent in just one day.”

PDP Laban is the largest political party in the Philippines, counting more than 300,000 members, including 2 Senators, 122 Members of the House of Representatives, 38 Governors, 23 Vice Governors, 540 Mayors, and 316 Vice Mayors.