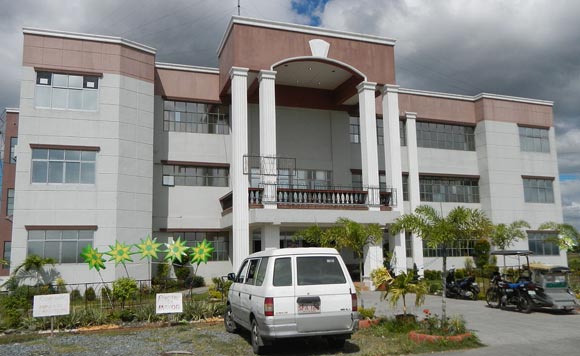 The incumbent mayor of this town, who won through a coin toss in the May 2016 elections, is seeking her second term as she filed her certificate on candidacy (COC) Wednesday afternoon.

Tugna and German were both welcomed and accompanied by their supporters to the Commission on Elections office here at 4:20 p.m.

They will face the tandem of Jim Valerio and Jonjon Santiago carrying the Nationalist Union Party (NUP).

The lady mayor assured her constituents and promised that by the end of next year, there will be no more informal settlers in this town.

Tugna won her first term through a best-of-five “heads” or “tails” tossing of coin after she and her opponent, Jim Valerio, received exactly 16,694 votes in the 2016 local elections. She won by a 3-0 score. (PNA)

Politiko would love to hear your views on this...
Spread the love
Tags: certificate on candidacy, Commission on Elections, Councilor Noriel German, Jim Valerio, Mayor Joni Villanueva-Tugna, Nationalist Union Party, Partido Demokratikong Pilipino-Lakas ng Bayan
Disclaimer:
The comments posted on this site do not necessarily represent or reflect the views of management and owner of POLITICS.com.ph. We reserve the right to exclude comments that we deem to be inconsistent with our editorial standards.