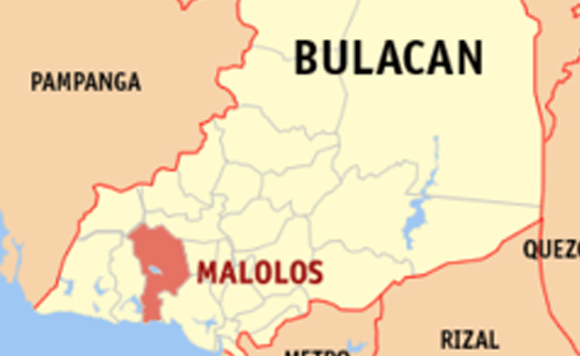 CITY OF MALOLOS, Bulacan – Two notorious drug dealers were neutralized while 21 others were arrested in this province on Tuesday as a result of the police’s aggressive campaign against illegal drugs.

Cajipe said the two were responsible for the proliferation of illegal drugs in this province and adjacent provinces and were both included in the Philippine National Police-Philippine Drug Enforcement Agency (PNP-PDEA) unified watch list.

He said based on the report after the consummated drug deal, Orillosa attempted to flee on board his white Honda CRV with Plate No. XMT-642, together with Lucas, after sensing they were about to be arrested by the operatives.

“A firefight ensued during the hot pursuit operation. The suspects stopped in front of a ‘pasalubong’ center in Barangay Paltao, Pulilan. Orillosa ran in a nearby alley and engaged in an armed encounter with the pursuing operatives that resulted to his death while his live-in partner was inside the vehicle and was rushed to a nearby hospital where she was declared dead,” Cajipe said.

Meanwhile, Cajipe said the 21 other drug suspects were nabbed in separate anti-illegal drug operations in the cities of Malolos, San Jose Del Monte and Meycauayan and in the towns of Sta. Maria, Plaridel, Norzagaray, Baliwag and San Ildefonso.

Politiko would love to hear your views on this...
Post Views: 0
Spread the love
Tags: Barangay Lumbac, Bulacan, Bulacan 4th District Board Member Alex Castro, Bulacan Provincial Intelligence Branch, City of Malolos, Col. Lawrence Cajipe, Pulilan police, Pulilan town
Disclaimer:
The comments posted on this site do not necessarily represent or reflect the views of management and owner of POLITICS.com.ph. We reserve the right to exclude comments that we deem to be inconsistent with our editorial standards.