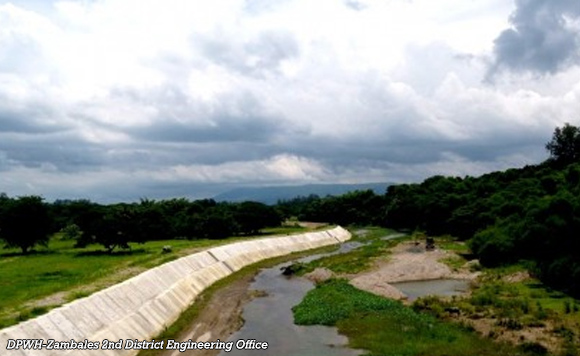 Two projects are seen to mitigate flooding in the low-lying areas of Zambales province, according to the Department of Public Works and Highways (DPWH).

The office finished construction of a 374-meter revetment wall on a steel sheet pile foundation in the Looc section and the 336-meter slope protection structure in the San Agustin section, both along the Pamatawan River in Castillejos town.

District engineer Rosbe Dizon said in the PNA report that the DPWH “continues to build flood mitigation structures to ensure the protection of residents from threats of flooding during the rainy season.”

“We know that southwest monsoon rains could raise water levels in major waterways in the province, such as the Pamatawan River, and could cause severe flooding, so we hope this flood control project will provide additional protection to residents, especially those living in low-lying areas,” he said in a statement.

Politiko would love to hear your views on this...
Spread the love
Tags: DPWH, mitigate flooding, Zambales
Disclaimer:
The comments posted on this site do not necessarily represent or reflect the views of management and owner of POLITICS.com.ph. We reserve the right to exclude comments that we deem to be inconsistent with our editorial standards.