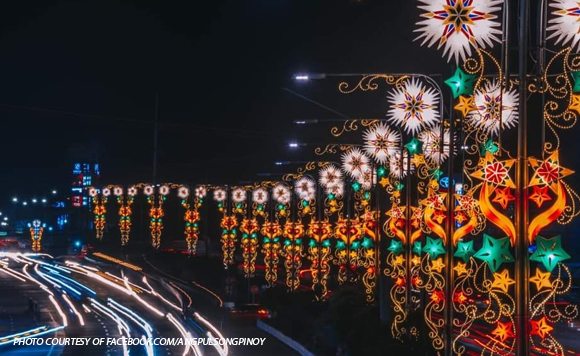 Two giant parol lanterns made in Pampanga will be displayed at the Philippine Center along Fifth Avenue in New York City during the holidays.

The parol were provided by the Pampanga provincial government through Pampanga Governor Dennis Pineda, who visited the Philippine Consulate General on Monday for a meeting with Consul General Elmer Cato.

The governor gave his commitment to support the efforts of the consul general, who also hails from Pampanga, to promote Filipino culture in the United States, by providing the two giant lanterns.

“The parol display at the Center, which is located in the heart of Manhattan, is expected to mesmerize the more than 200,000 pedestrians that pass by it every day,” according to a statement.

During his meeting with the consul general, Pineda discussed the Covid-19 situation in Pampanga and the various measures taken by the provincial government to address the pandemic.

He also discussed other initiatives the province, under his leadership, had been undertaking in the areas of peace and order, trade and investment, education, and arts, culture, and sports.

Cato, for his part, shared the ongoing efforts of the Consulate General to promote trade and investment in the Philippines, including the Clark Freeport and surrounding areas.

He also spoke about ways to further improve the delivery of consular services; and look after the well-being of the members of the Filipino community in the 10 states under its jurisdiction.

Politiko would love to hear your views on this...
Spread the love
Tags: Governor Dennis Pineda, Pampanga, Philippine Center, Two giant parol lanterns
Disclaimer:
The comments posted on this site do not necessarily represent or reflect the views of management and owner of POLITICS.com.ph. We reserve the right to exclude comments that we deem to be inconsistent with our editorial standards.