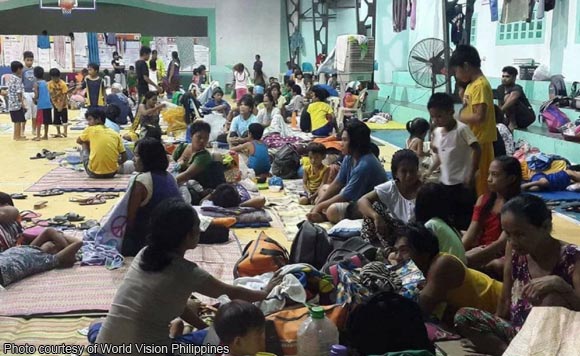 President Rodrigo Duterte declared the entire Central Luzon region to be under a state of calamity.

In his Proclamation No. 593 issued last Tuesday, Duterte placed Regions 1, II and the Cordilleras also under the same state because of the “widespread destruction, substantial damage and deaths” caused by Typhoon Ompong.

The declaration, he added, “will hasten the rescue, recovery, relief and rehabilitation efforts of the government and the private sector, including any international humanitarian assistance.”

It will also “provide basis for price control measures” that can “mitigate the economic impact to affected populations.”

Damages to agriculture in the four regions are initially estimated to cost almost P26.5 billion, of which, P2.3 billion is in Central Luzon.

Damages to infrastructure, meanwhile, that include other affected regions are estimated to be worth nearly P33.7 billion.

More than 148,000 houses from the four regions were either totally or partially destroyed.

Duterte said the state of calamity will remain in force until lifted.(END)

Politiko would love to hear your views on this...
Spread the love
Tags: Cordilleras, National Disaster Risk Reduction and Management Council, president Rodrigo Duterte, Typhoon Ompong
Disclaimer:
The comments posted on this site do not necessarily represent or reflect the views of management and owner of POLITICS.com.ph. We reserve the right to exclude comments that we deem to be inconsistent with our editorial standards.