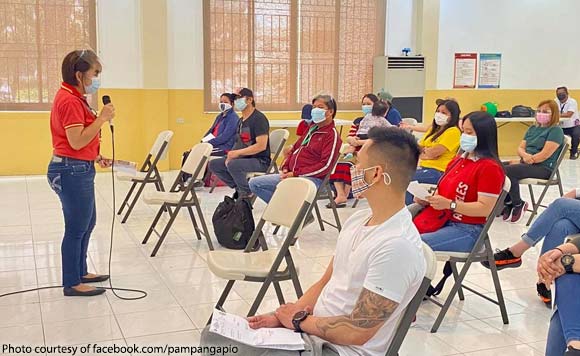 Another batch of 22 returning overseas Filipinos were welcomed back to Pampanga province upon testing negative for the coronavirus, officials said on Tuesday.

To date, some 1,357 Pampanga residents have been helped by the program, while 22 are still in quarantine at New Clark City while 1,335 were safely sent home.

The program assists “returning overseas Filipinos” (ROFs) in returning to the province after completing their mandatory quarantine period, according to provincial officials.

Politiko would love to hear your views on this...
Post Views: 10
Spread the love
Tags: Balik-Pampanga program, Filipinos, Kapampangan
Disclaimer:
The comments posted on this site do not necessarily represent or reflect the views of management and owner of POLITICS.com.ph. We reserve the right to exclude comments that we deem to be inconsistent with our editorial standards.