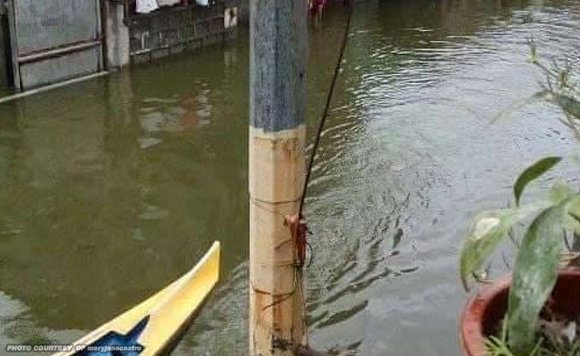 A total of 120 barangays in Pampanga province remain flooded while more than 270,000 people are still affected by flooding from monsoon rains, according to the Provincial Disaster Risk Reduction and Management Office (PDRRMO).

Based on the PDRRMO report, floodwaters had not yet subsided in 24 barangays each in Masantol and Lubao towns, 22 barangays in Macabebe, and six barangays in Apalit town, which is still submerged in one to two feet deep water.

The report said high tide worsened the situation, especially in 14 low-lying barangays in Guagua. Floodwaters were three feet deep in some areas of the town, it added.

Fourteen barangays in Minalin town are still flooded, while Santo Tomas town also reported flooding in seven of its barangays, according to the PDRRMO.

Politiko would love to hear your views on this...
Spread the love
Tags: 120 Pampanga barangays, 276K residents affected, Pampanga, still flooded
Disclaimer:
The comments posted on this site do not necessarily represent or reflect the views of management and owner of POLITICS.com.ph. We reserve the right to exclude comments that we deem to be inconsistent with our editorial standards.