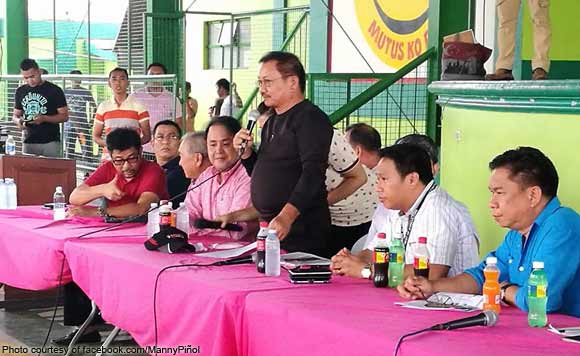 Department of Agriculture (DA) Secretary Emmanuel Piñol on August 20 said the agency will begin releasing the P31 million in compensation for Pampanga farmers affected by the bird flu outbreak.

“The amount will be the first in a series of releases to be made by government through the Agriculture Department to cover the losses of the farmers. I will personally go to San Luis on Tuesday to hand the first checks to farmers as a proof of President Rody Duterte’s commitment to help poultry, duck and quail raisers recover from the calamity,” Piñol said.

“In addition to the compensation for the birds which were culled, the Department of Agriculture and Fisheries is also preparing grants and loans through the Agricultural Credit Policy Council (ACPC) for farm workers who will be jobless because of the closure of the farms,” Piñol said.

The ACPC earlier said P50 million in loans will be available for poultry farmers affected by the bird flu outbreak.

Politiko would love to hear your views on this...
Post Views: 0
Spread the love
Tags: Agricultural Credit Policy Council, Department of Agriculture, Pampanga, Secretary Emmanuel Piñol
Disclaimer:
The comments posted on this site do not necessarily represent or reflect the views of management and owner of POLITICS.com.ph. We reserve the right to exclude comments that we deem to be inconsistent with our editorial standards.