100% service charge would soon be given to workers, Bulacan Representative Tita Lorna updates 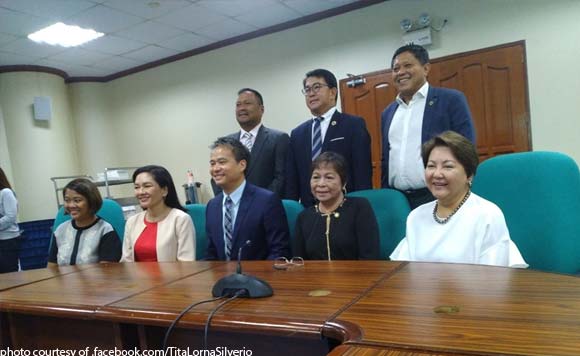 Bulacan’s Tita has some great news!

The region’s third District Representative Lorna Silverio shared on Facebook that she has been working on giving 100% service charge on restaurants, hotels, and other establishments to its workers. The House Bill 5911 was officially signed in the Bicameral Conference.

Congressman Tita Lorna further explained that the current labor code follows an 85-15 allocation between the workers and the company. Tita Lorna worked on changing this scheme as she believes that rightful compensation would empower employees to do their best in work. Other representatives in the lower house agreed with her and now, the only lacking element is the president’s signature for it to officially be passed as a law.

Politiko would love to hear your views on this...
Tags: Facebook, Representative, Third District
Disclaimer:
The comments posted on this site do not necessarily represent or reflect the views of management and owner of POLITICS.com.ph. We reserve the right to exclude comments that we deem to be inconsistent with our editorial standards.